What Would Your Character Be? 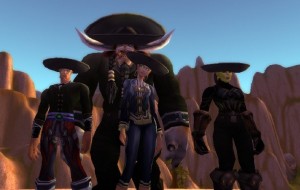 I came up with a cool way to explore your characters. It’s all about archetypes (which are like stereotypes, but good).

Here it is: what role-playing class would they be? Not just in their fighting styles, but in their essential method of dealing with life.

Maybe you’ve already thought of something similar, but it sounded like fun to me. I’ll use some examples from popular fiction, and from my own works to show the brainstorming in action. Warning: major geek alert! If you’re not up on the World of Warcraft/DnD field, here’s a quick crash course (with pictures!).

Luke starts out in Episode IV with basic melee powers (blasters, ships, swinging from ropes, etc.). As he “leveled up” (haha), he gained more sophisticated abilities such as levitation…okay, mostly levitation. And auras for inspiring his comrades, and spiritual healing, and the power to defeat evil and stuff. (Or the power to lay down his weapon and surrender to the personification of evil in the galaxy, but that’s neither here nor there.) In DnD terminology, he’s a basic warrior class that further specialized as a Jedi Knight.

Pulling more from DnD, the Paladin traditionally had a more spiritual aspect, also. WoW, being a computerized version of the Role-Playing concept, can’t fully explore this, but one aspect of the Paladin is his ability to bless or buff his party members and improve their morale (and their corresponding chances of success). He’s also closer to a magic user in being able to do more magic-y things than a straight-up warrior could.

Other examples: Captain America (The Avengers and franchise)
Go-go (Big Hero 6)
Tommy (my WIP: he’s your average exceptional militia sniper with exceptional charisma and people skills. Making him hard to write, since I don’t…?)

Now, this one was a little hard to pin down. Sam does most of his getting around by talking to people, talking around them, talking them into corners… But he’s also not above the occasional slight-of-hand, as in snagging Wilmer’s guns. “You must be the most wild, unpredictable person I’ve ever known.”

Of course, the bad guys do slip him a mickey, but just because rogues famously use poison doesn’t mean they’ll recognize the taste of it ?

Basically, Sam Spade lives off his brains, though he could probably live off his agility if he wanted to.

Other examples: Jim Rockford (The Rockford Files)
Han Solo (Star Wars)
Kaspar Gutman (The Maltese Falcon. We had a lot of trouble with this one. Mage, because he’s more in the background? We chose Thief/Rogue, because he verbally/monetarily manipulates people to get what he wants.)
Flynn Rider (Tangled)
Helen Parr/Elastagirl (The Incredibles. This identification was a little tough; although her fighting style is certainly roguish – movement, agility, and timing – her home-front personality is not. We decided she could be called a Swashbuckler Rogue, with a lithe, slippery independence and an unashamedly no-nonsense flair.)

While we’re discussing Pixar characters, what about this power-hungry maniac? I’d say mage (or warlock, given the whole thirsting for power thing). Flashy, blast-of-energy attacks…coupled with, well, low armor class. Let’s face it – his own robot laid him out (and then his costume…spoiler). He’s also big into collateral damage (or area-of-effect attacks), and treats his primary ally more like a minion than a teammate.

Isn’t he so cute and bubbly?

(Not all mages are so heartless; some of us are very attached to our minions/pets/water elementals. But Syndrome not so much.)

Other examples: Obi-wan “Ben” Kenobi (Star Wars IV. He would also work as a priest: the mentor figure who focuses on the power of his influence and words rather than brute strength.)
The-guy-in-the-Kabuki-mask (Big Hero 6 – what is it with super-villains and melodrama?)

Bear with me. It might not be obvious; Greedo gets so little screen time. Nevertheless, the little we do see shows that he prefers to resort to force or threats of force (not the Force, ahem). He’s a bounty hunter; he lives by his blaster. He blatantly threatens Han Solo, and brashly takes a moment to gloat (unsubtly) about his superiority – to his detriment. Han’s reflexes and, uh, unscrupulous combat style allow him to get the jump on Greedo’s more direct, smash-and-grab method. (Don’t bring up the remastered version. Just don’t bring it up.)

Other examples: Bob Parr/Mr. Incredible (The Incredibles)
the cave troll (Peter Jackson’s Fellowship of the Ring)
Ricco (my own WIP ?)
Edward (Sons of the King)
Baymax 2.0 (Big Hero 6. As with Mr. Incredible, we see that a warrior can be an intelligent problem-solver, even if they still solve problems by seizing on the direct approach and charging forward along it.)
Aunt Cass (Big Hero 6. When you own a cafe, every problem looks like malnutrition.)

Gandalf, Lord of the Rings: Priest

Gandalf has some awesome abilities. But his goal is not to use them. His driving focus is in building up the other characters, the inhabitants of Middle Earth, and getting them to join together to defeat Sauron. The Valar have done enough of stamping out evil – now the local people must band together and rise if their world is to be saved.

This is the heart of the priest (ignore Shadow Priests, ignore Shadow Priests). He stands at the back of the party, shooting healing and buffs at his party members while they strive in the thick of the battle. He is a mentor, whose strength lies in driving others to be the best they can be and training them to take on the common foe, without interfering in the line of fire himself.

Other examples: Obi-wan “Ben” Kenobi (Star Wars IV, see above)
George Bailey (It’s a Wonderful Life. He would drive for his own goals if he could, but something inside him keeps him laying support on other people.)
Hiro Hamada (Big Hero 6)
Mirage (The Incredibles)
Queen Eleanor (Sons of the King)

First of all, if you haven’t seen this show, you’re missing out on some geeky awesomeness. Okay, moving on. 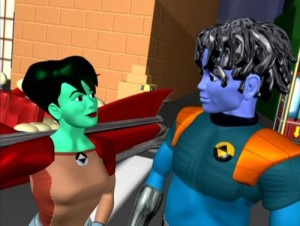 The hunter’s strategy consists of forming the back-up firepower. A planned out sequence is necessary: set Hunter’s Mark first, then order the pet forward, then fire. The key thing for low-level hunters to understand is YOU ARE NOT TANK SPEC. You do not engage hand-to-hand – you wait for someone else to grab the monster’s attention, then rain terror down on its head from a distance.

(To the other mages who burn when your kill gets sniped in one shot by a same-level hunter…I feel the pain. Darn pyroblast cast-time.)

Reboot‘s Dot is the planner, but she’s also in charge of remote support. While Bob (the Guardian) is going head-to-head with the virus villains, Dot’s the one back at home base telling him what to do, and sending up the military police when he needs the help. She’s less effective when she directly pulls fire herself; she excels at mapping out what the team needs to do and giving covering fire to the insertion teams.

Other examples: Legolas (Lord of the Rings)
Tommy (WIP. I know, I also put him up under paladin, but he’s giving me problems.) 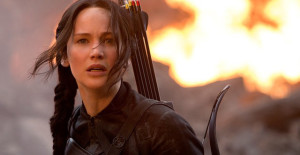 Even though writing examples from the Hunger Games come ad nauseam – and I’ve never consumed the media – I’ll give this one a stab. If you disagree, there are the comments.

Try to look beyond the bow. How does she function in society – how does she survive?

Why do her friends have to conceal the whole point of Catching Fire from her? Because she wouldn’t be subtle about it (good-bye rogues).

She’s got a bow – does every problem look like a target? Well, yes…but she’s also capable of more nuanced thought and actions (hence playing the popularity game, even if others had to point her in that direction). That makes her sound more like a paladin.

Forget the bow, people. Katniss doesn’t do backup, which is the purpose of the hunter’s role. Since taking the survival of her family into her own hands, she unapologetically shoots for her goals, with brash determination and a mystifying ability to inspire allies. In the 74th Games, Katniss comes up with plans and works them out; it’s her allies (Rue and Peeta) who are acting in assistant roles. (It does seem like Peeta would be her tank if she’d let him, but frankly his armor class/damage per second don’t seem up to snuff.)

In a full party, there’s often a warrior to soak up most of the damage as tank, in addition to a paladin. So just being a paladin doesn’t mean you have to grab the main threat (although you can). Being the protagonist, Katniss does her share of pulling aggression from the “mobs”, though she’s not the only one on the front lines.

So there you have it.

It’s not perfect, but that’s because it’s trying to shove individuals into archetypes, and not everybody fits neatly.

Do you agree with me? Do you vehemently disagree? Let’s get verbal about this – talk to me! Tried this with your characters?

Kimia Wood has been making stories since she was little, and loves being able to bring imaginary people to life. You can find out more about her works under the “Books” tab, and/or subscribe to the mailing list.