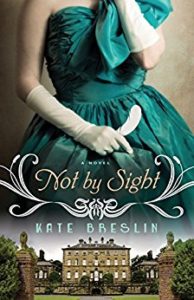 Wealthy young suffragette Grace Mabry is determined to do her part for Great Britain, not only to help her nation win World War I, but also to end the fighting so her twin brother can return from the front lines.

To this end, she slips into a prestigious costume ball and hands a white feather of cowardice to Jack Benningham – well-known conscientious objector and profligate nobleman.

Unknown to her (and his family), Jack is secretly a spy-catcher for the British government, using his reputation as a devil-may-care pleasure-seeker to root out traitors to his country.

This gripping premise unwound into a TOTALLY different book than I was expecting. But once I got over my initial shock, I reconciled myself to this story as worth reading.

After the few chapters of hook (outlined above) the scene shifts abruptly, skipping several intervening weeks and revealing Grace pursuing her campaign of being useful to the war effort by joining the Women’s Forage Corps (WFC), volunteers who take over “male” jobs such as harvesting hay and digging ditches while the men are at the front.

Grace does not hit it off with her WFC gang – a grab-bag of sad backstories that includes the Shy One, the Hungry One, and the Mean One.

But first impressions can deceive. Which is basically the entire point of the book.

Grace’s privileged upbringing didn’t prepare her for hard labor, but there’s more to her than the virtue-signaling, look-at-me-I’m-helping princess the others accuse her of. I actually recognized a lot of me in her, as she takes very seriously her Christian faith – and wrestles with how to apply that meaningfully in the lives of others. (The way she self-medicates with guilt was also eerily recognizable.)

Relatably naïve, inexperienced, and nosy, while Grace’s prodding into her coworkers’ lives was embarrassingly familiar, her interest in their private lives stems from an overpowering compassion that she expresses in ways I probably wouldn’t be able to – a compassion and Christian charity that elevates her to the realm of “hero.”

And in an era of labeling Christians hypocrites, Grace’s willingness to help each woman who sequentially came to her with their broken backstory is a vivid demonstration of what real Christians are like – willing to look past the trappings of people and get their hands dirty to mend the central hurt.

Mind you, Grace isn’t perfect. And nowhere is this so thoroughly explored as in her relationship with Jack Benningham. Their slow, awkward, two-steps-forward-one-step-back relationship is rich with misunderstandings, flawed assumptions, dramatic emotional over-reactions, and comedies of errors.

The back of the cover taunts: “Grace could not anticipate the danger and betrayal set into motion by her actions”. It’s just a white feather, right? What “real” damage could there be, right?

Wrong! Tempers and tensions climb deliciously, and while the middle is more contemplative than action-packed (character-exploration rather than thriller spy chases), the climax was so…appropriate. Which is a weak word, but when the various lines of personality, personal action, misinterpretation, and mystery converge, the spiritual/emotional fall-out is both spectacularly realistic and touchingly applicable.

Spoiler: they do catch the spy. I was pretty certain who it was by half-way through, but it was still gratifying to watch the characters assemble the evidence at long last.

So first impressions are not always correct, and even second impressions can be misleading. While this is NOT AT ALL the book I thought I was picking up, I appreciated the Christian witness demonstrated: flawed followers of the God Who Is Perfect, trusting Him to “fill up what is lacking in our faith.”

Next time, I’ll just know that covers with coy girls in period dresses really are Romance, no matter what the blurb says.

Which brings me to my last item. Romance. My love/hate/mostly-hate attitude toward this literary edifice was mostly becalmed in this story, as Grace and Jack’s relationship does not primarily dwell on gushy physical “chemistry” – and the love-at-first-sight connection they experience is cleverly negated by plot complications I won’t spoil.

However, as their tense truce advances to friendship, then to romantic attraction, the narrative becomes much more focused on brilliant emerald eyes, full, kissable lips, strong, masculine jawlines…blah blah blah. Classic playing to the regular audience, and while there’s a steamy kiss, it doesn’t get worse than that.

One further note on the romance. I probably wouldn’t bring this up except that I’ve noticed it in a couple other stories labeled with the “Christian” brush. While I admire and approve of Grace’s concern that she shouldn’t get involved with Jack because he’s engaged to someone else (our emotions can play games we don’t like, but props to Mrs. Breslin for highlighting this important issue in her narrative), I couldn’t help being irritated that Grace doesn’t consider another vital point: Jack isn’t a Christian. Yes, Grace witnesses to him, and encourages him toward “faith in God”, but when she feels herself falling for him (his conversation, kindness…and manly chin) she (and every character advising her) focuses on his upcoming marriage to someone else – not on the fact that he doesn’t share her fundamental relationship with the Almighty Creator.

I don’t have space to fully discuss this here, but when the culture is going you-know-where in a hand-basket and churched young people are leaving the church in droves, who better to address this foundational Biblical issue than Christian writers and novelists?

Again, our thoughts and emotions sometimes go places we don’t want them to – but the Holy Spirit offers us victory over them. And making sure your life partner shares your commitment to God is one of the most important steps in safeguarding the longevity of the relationship, the salvation of the children, and your own ultimate obedience to God and His Word.

A big Huzzah to Mrs. Breslin for underlining the importance of the engagement promise! But couldn’t we take the further step and remind people of 2 Cor. 6:14—

Do not be unequally yoked with unbelievers. For what partnership has righteousness with lawlessness? Or what fellowship has light with darkness?

So there you have it. If I’d known what this book was before reading it, I might not have read it – which would be too bad. While it’s not among the greatest literary classics, it’s a sweet, realistic, and applicable spiritual journey packed with character exposition and sprinkled with a little bit of sneaky-spy-goodness.

Way better than some of the other offerings influencing today’s Christian reader.

Not By Sight is available on Amazon, the Book Depository (free delivery worldwide), and Barnes & Noble.

3 thoughts on ““Not By Sight” by Kate Breslin”